In the News (English)

Physics Nobel Prize to Former Lorentz Professor  The Nobel Prize in Physics 2016 goes to David Thouless, Michael Kosterlitz and Duncan Haldane for theoretical discoveries in the field of topological materials. These only conduct electricity on their surface and hold a big promise for future aplications in electronics, superconductors or even quantum computers. Haldade spent part of 2008 in Leiden; he is the 14th Lorentz Professor to win a Nobel Prize. 4 Okt 2016

Louk Rademakers awarded Rubicon Grant  Nineteen scientists who have recently gained a PhD are going to do research abroad thanks to the Rubicon programme of the Netherlands Organisation for Scientific Research (NWO). With Rubicon, NWO gives scientists at the start of their careers the opportunity to gain research experience at leading foreign international institutes. NWO 1 Apr 2014

Signs of a Stranger, Deeper Side to Nature’s Building Blocks  According to modern quantum theory, energy fields permeate the universe, and flurries of energy in these fields, called “particles” when they are pointlike and “waves” when they are diffuse, serve as the building blocks of matter and forces. But new findings suggest this wave-particle picture offers only a superficial view of nature’s constituents. Quanta Magazine, July 2013 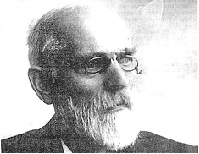 From boiling to the utmost Quantity  Prof. J. Zaanen about the relevancy of Van der Waals work who was awarded the Nobel Prize a century. Mare 16 dec 2010 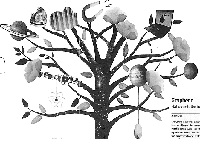 50 Ideas to change Science  The game-changing ideas of science: it is the turn of nature on its smallest and grandest scales. What ideas, projects and trends are shaking up the worlds of physics, space and technology? New Scientist 2010

What String theory’s really good for… String theory: you love it or loathe it. To some it represents our best hope for a route to a “theory of everything”; others portray it as anything from a mathematically obtuse minefild to a quasi-religion that has precious little to do with science. New scientist 2009-1